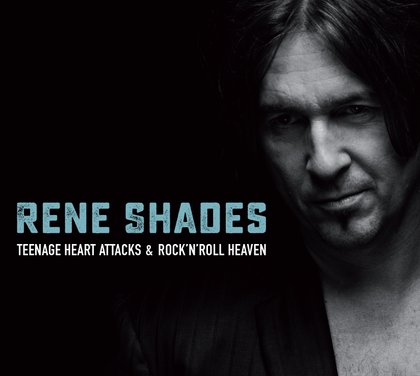 OUT NOW ON MAGIC MILE MUSIC 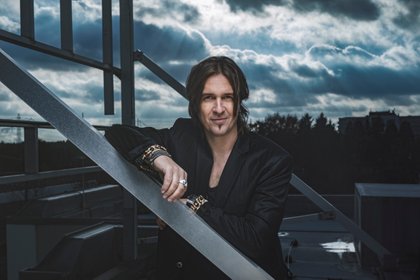 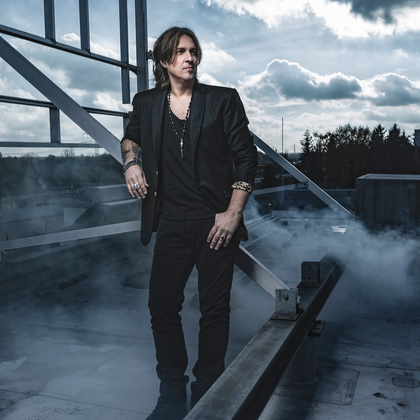 For his first solo record the bass player of the hardrock band Pretty Maids returns to his roots in rock, pop and country. Together with Hans-Martin Buff (Prince, Scorpions) and Flemming Rasmussen (Metallica, Blind Guardian) René Shades recorded twelve diverse songs about dreams, reality and seizing the day.

The album title Teenage Heart Attacks & Rock’n’Roll Heaven is rooted in Shades’ childhood: “When I was young and started playing, this was what I was dreaming of,” he explains. With his band Pretty Maids, the Dane is known in the hard rock world, but still maintains his broad musical horizon: “I always had a love for rock, country and pop music. I wanted to mix those elements together and get far away from what I was doing with Pretty Maids,” the guitarist and singer explains. The twelve songs result from that variety and range from rock over pop to country and folkish sounds. The positive attitude towards life and the chance of living in the moment is the record’s thread.

This is already imminent in the first single ‘Reckless’: in the upbeat song decorated with country elements Shades sings about a couple planning to break out of their daily routine for being as reckless as in their youth again. ‘Midnight In The City’ again captures the feeling of getting ready for a summer night out in the city when everything seems possible and all worries are left behind. The chance of changing the world when mankind stands together is the topic of the song ‘What Are You Waiting For’ in the spirit of John Lennon’s ‘Imagine’. Another facet reveals ‘The American Dream’: The fast rocker was written during the latest US elections and criticizes politicians. “The song could be about any other country,” Shade explains. “Politicians are not held accountable for what they promise other people, so they can use it for their own advantage. That kills other people’s dreams.”

After being a musical partner to Mike Tramp for several years, Shades teamed up with his childhood friend Martie Peters in 2014 and showed his talent for rock and pop songs in the tradition of Bryan Adams and Rod Stewart with the duo Shades & Peters and the album Let The Record Spin. Afterwards, the two went separate ways again, but Shades’ musical vision remained. “I thought: Now is the perfect chance for me not to have to deal with anybody else’s opinion but mine. I wanted to see if I can do it by myself.”

René Shades enjoyed the freedom as a guitarist and singer. He has found a perfect sparring partner in producer Hans-Martin Buff (Prince, Scorpions) for recording in the German Magic Mile Studio: “He actually pushed me to it, much better than I thought I could”, René remembers: “It was great working with him!” For the drums, he teamed up with the producer legend Flemming Rasmussen (Metallica, Blind Guardian) at Danish Sweet Silence Studios, and laid down all vocals at home on Mallorca at Palma Music Studios. The mixing was handled by Jacob Hansen (Volbeat, U.D.O., Pretty Maids).

Another memory has come full circle with the cover of Secret Service’s ‘Oh Susie’: it was one of Shades’ most favorite songs in 1979.

On Teenage Heart Attacks & Rock’n’Roll Heaven, Shades reflects the shift between yesterday and today. “Even when we were kids, they used to say that the old days were better times. And now we’re saying that to our kids. But maybe it’s just the times we live in. So just be happy and try to enjoy life as much as you can”, the musician explains and remembers the moment when his life took a new turn: In “Little Footsteps In The Sand”, René thinks about his son and the untroubled life he should have – like every child on earth. New childhood dreams are born every second and one day some of them will actually come true. That’s why it’s time to get reckless or even change the world. It’s time for Teenage Heart Attacks & Rock’n’Roll Heaven.